*There are, obviously, bigger things happening in America right now than the relatively trivial station sales and format changes that occupy our little corner of the media landscape. There are questions that talk radio will need to be asking itself about the role its hosts and executives played in encouraging and enabling the mobs that raged against the Capitol on Wednesday – and about what its programming should sound like as the nation, hopefully, turns a corner.

We’ll write about those issues, soon, once there’s a little more perspective we can offer.

In the meantime, since it’s what we do and how we cope, here’s what else was going on in the first full week of this strange new year of 2021.

*It may not be the easy license to print cash that it once was, but small-market television is still a healthy business delivering profits to many owners, which is why the marketplace for buying and selling local TV stations has remained busy in recent years. This new year dawned with reports (from TVNewsCheck and elsewhere) that two owners are looking for either partial or complete sales of their properties, including several in NERW-land markets. 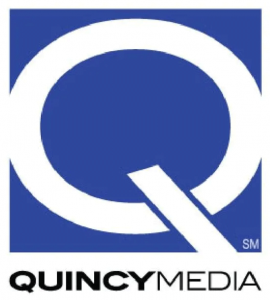 Closest to the finish line, apparently, is Illinois-based Quincy Media, formerly Quincy Newspapers; while most of its TV properties are based in the midwest, the group also includes Binghamton CBS/CW affiliate WBNG (Channel 12), long the dominant player in that small Southern Tier market. TVNewsCheck reports second-round bids are due next week for a deal that would include all of Quincy’s stations, 24 of them in 16 markets. It’s easy to imagine who’d be interested in WBNG by itself – Sinclair has no presence in Binghamton, where the other big players are Nexstar’s ABC/NBC duopoly (WIVT/WBGH) and Cox’s Fox affiliate, WICZ, while the market could also be a good fit for Tegna (already in Buffalo and Scranton), Scripps (Buffalo), Hearst (Harrisburg and much of New England) or even the smaller Lilly group that owns ABC/CBS affiliate WENY just to the west in Elmira.

But a deal that includes all of Quincy’s markets at once gets a little more complex, since almost any buyer will run into some spinoff situations to stay within FCC ownership caps – which means if Nexstar or Cox end up as the group buyer, WBNG (or WIVT/WBGH or WICZ) could end up in play again almost immediately. 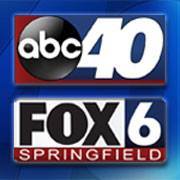 *There’s also a deal reportedly in the works for at least some of Meredith Corp.’s station portfolio, which could split up a station group that’s been closely linked for almost two decades. The industry rumor mill says the four Meredith markets up for sale include Springfield (ABC/Fox affiliate WGGB and CBS affiliate WSHM-LD), but not Hartford, where CBS affiliate WFSB was the parent station when WSHM hit the air in 2003.

The rumors say all four of the Meredith markets being sold (which also include St. Louis, Saginaw and Mobile) are also going to one buyer. We know this one won’t be a Nexstar deal, since it’s in all four markets already, including NBC affiliate WWLP in Springfield. Tegna’s already in Saginaw and St. Louis, too, and Sinclair’s in Mobile. Could this one be an opening for Hearst to add to its extensive New England coverage? And if Springfield’s for sale now, what will become of the rest of Meredith – could WFSB itself be up for sale, too, before long? The Hartford/New Haven market is undoubtedly somewhere Sinclair and Hearst would both find appealing, up against Nexstar’s WTNH/WCTX and Tegna’s WTIC-TV/WCCT-TV.

*We do know that Sinclair is bolstering its presence in western Pennsylvania: it already owns Johnstown NBC affiliate WJAC (Channel 6), and it’s been operating Peak Media’s Fox affiliate WWCP (Channel 8) and Palm Television’s ABC affiliate WATM (Channel 23) under shared-services agreements. In 2016, Sinclair bought the “non-license assets” of WWCP, and now its shell company, Cunningham Broadcasting, is paying $2.85 million to buy the WWCP license outright. (This is actually the second attempt at such a deal; back in 2013, Cunningham had a $12 million deal for WWCP that was never consummated.)

It won’t mean much change for viewers in the sprawling Johnstown-Altoona market, where Sinclair has already been in what amounts to a two-party race against Nexstar’s Altoona-based CBS affiliate, WJAC (Channel 10). The newscasts that air on WWCP at 10 and on WATM at 6 and 11 are produced by the WJAC newsroom, and they’ve long lagged in the ratings behind WJAC and WTAJ.