MONDAY MORNING UPDATE: It is indeed a week of great losses in our industry, including one of the most prominent independent radio owners in New England.

Over the course of more three decades, Silberberg, a New Hampshire-based lawyer, built a station group under the Northeast Broadcasting banner that also included the network of Vermont’s “Point” AAA stations based at WNCS (104.7 Montpelier). He transformed the 92.5 signal from a sleepy Haverhill rimshot, WLYT, into a more significant player in the Boston market with its unique AAA format; in recent years, he’d added several on-channel boosters that improved the station’s coverage in the core of the market.

His group also expanded to include several other FM stations and AMs with translators in Vermont and several station clusters in Wyoming and other western states. (As you’ll read later in the column, he’d just closed on the sale of four smaller New England FM signals to EMF.)

Silberberg had recently been diagnosed with an aggressive lung cancer, which claimed his life on Wednesday.

*Someday – someday soon, I hope – this column will open with good news. This, sadly, isn’t yet that week, as our industry mourns several losses, including at least two from the COVID-19 pandemic. 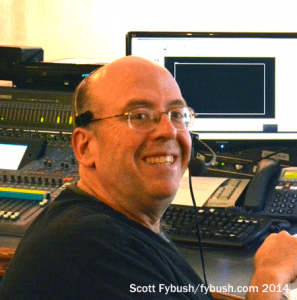 In Watertown, New York, Jeff Shannon was one of those indispensable people – usually operating behind the scenes, keeping all the balls in the air at the stations where he worked. Shannon, who died Wednesday morning at 56 of COVID-19, spent years in both radio and TV. On the TV side, he was the promotions director and a master control operator at WWNY-TV (Channel 7), where he was also a frequent on-air voice in promos and spots for more than 30 years. In radio, his career started in the early 1980s at the old WSCP in Sandy Creek; for decades, he worked for what became the Stephens Media Cluster, where he was best known for his on-air work hosting “Z93-wind” at WCIZ (93.3).

Jeff was also a proud tour guide at the stations where he worked; back in 2014, we enjoyed a visit to both WWNY and WCIZ in his genial company, and we hope you’ll check it out now in his memory. (We will be resuming our new weekly Site of the Week installments soon, too.)

*For decades, one of the constant voices of oldies radio in Boston was Little Walter. Walter DeVenne started his “Time Machine” way back in 1967, when the “oldies” he was spinning on MIT’s WTBS (88.1, now WMBR) were still only a decade or so in the past. While running a record store, Walter kept his show going as a staple at a succession of local stations, including WBCN, the original WROR, WCGY, and then, from 1987 until 2002, at WODS. In later years, his show went into national syndication – and along the way, he began remastering and preserving some of the music he treasured. (It also ran for a time on WBOQ on the North Shore.)

DeVenne moved to Florida a decade or so ago, after surviving a bout with cancer that forced him to end the syndicated version of “Time Machine.”

And then, in the last few weeks, he contracted COVID-19, which led to his death on Saturday, which was also his 73rd birthday.