*Jack Casey began his broadcast career in MASSACHUSETTS at Emerson College, and now he’s getting ready to retire after 16 years as general manager of Emerson’s public radio station, WERS (88.9 Boston). 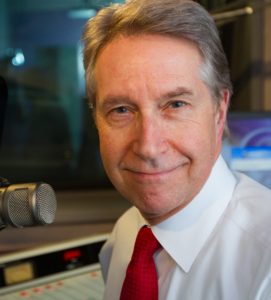 Casey worked at WERS and carrier-current WECB as a student, spending summers working up north at WBRL (1400 Berlin NH) and holding down a full-time gig by graduation as morning man at WAAB (1440) in Worcester. By the mid-1970s, he was in radio management in Washington, a career path that brought him back to Boston as founding programmer of WMJX (106.7) in the early 1980s.

Casey has been general manager of WERS since 2004, leading the push to make the station more of a professional operation formatted to reach a larger audience, while still serving as a training ground for student broadcasters.

“College and university radio stations don’t have to be sandboxes. They can be competitive, revenue producing, major market media outlets,” Casey said in his farewell announcement as he heads off to pursue more consulting roles and do some podcasting work.