*As EMF Broadcasting continues to grow, the “K-Love” broadcaster is slowly running out of major US markets where it’s not represented. In recent years, EMF has made some big purchases – WPLJ in New York, WAAF in Boston – to expand its footprint into areas where its coverage had been lacking. While there are still some prominent EMF gaps, especially in parts of Florida and Texas, there aren’t many parts of NERW-land where you still can’t receive a K-Love signal… at least on the US side of the border.

Bringing the contemporary Christian network into CANADA, however, is a regulatory challenge. The CRTC doesn’t allow non-Canadian ownership of radio stations, and its content rules would make it impossible to put the K-Love format on a Canadian signal without some big changes.

But EMF has found a way to get K-Love into at least one major Canadian market, though: it’s paying Tim Martz’ Martz Communications $2.5 million for WYUL (94.7 Chateaugay) and WVNV (96.5 Malone), two big signals licensed to New York’s north country that have significant signal reach into the Montreal area.

Martz has long operated the stations, WYUL in particular, as border blasters, taking advantage of their US-licensed status to do some things Canadian-licensed stations can’t do. “Hits 94.7” does some bilingual programming, strictly verboten to Canadian stations that must broadcast entirely in either English or French, and it’s not bound by the Canadian restrictions on music content, allowing it to play all the hits and not much Cancon.

That’s been good business for Martz, who’s maintained a sales office in Montreal for WYUL (the calls even reference Montreal’s airport code) and for WVNV’s “Wild Country” format. But the veteran broadcaster tells Steve Faguy this was a deal he couldn’t refuse, providing him with an exit strategy for those signals as he gets into his seventies. 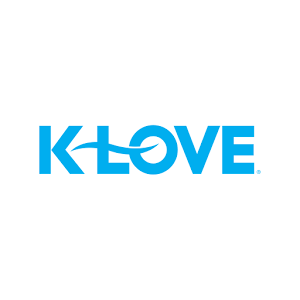 The Montreal office will close when EMF closes on the deal, which was brokered by Richard A. Foreman; EMF will operate the stations remotely, presumably with K-Love on 94.7 and Air 1 on 96.5. (The 94.7 signal is respectable, at least in cars, in the West Island area where most of Montreal’s English speakers are concentrated; 96.5 is mostly usable closer to the border.)

Martz won’t be leaving the border areas – while he’s selling the WYUL and WVNV transmitter sites along with the licenses, he’s keeping their intellectual property and his studios in Malone, where he also runs oldies WICY (1490), which is now on two translators serving Malone and the Akwesasne area. Will WICY end up with WVNV’s country format? (Martz also has stations to the west in Potsdam. WSNN 99.3 and WPDM 1470, which reach into the Cornwall, Ontario area.)

Where else could EMF make a similar border move? There’s nothing from the US that makes it out to the Maritimes, and the Ottawa dial has become crowded in recent years, eliminating weaker reception from northern New York. Toronto and the Golden Horseshoe would be the big prize for EMF, but there’s no good option there – even the biggest Buffalo signals that once had fringe reception across the lake have been cluttered off the dial there. Outside NERW-land, the other market EMF is no doubt eyeing is Vancouver, where several Christian signals from the Bellingham, Washington area are audible.