*If one of the national sports of New England this time of year is cheering on the Patriots, what’s left once they’re out of the picture? Following the drama of the region’s original sports station, and there was plenty of that last week in eastern MASSACHUSETTS as the revolving door spun once again at Audacy’s WEEI-FM (93.7 Lawrence/Boston), which is now looking for a program director after the sudden exit of Jeff Rickard on Wednesday. 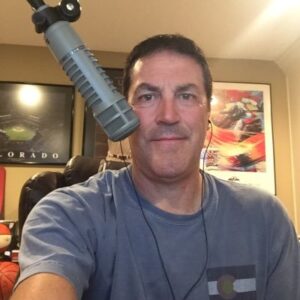 It was just five months ago when Rickard made the move to WEEI from Emmis’ “Fan” in Indianapolis, where he’d been both PD and a morning co-host. When he arrived last August, Rickard came in with lots of publicity (including some frank talk about a health scare he’d suffered in Indianapolis, which left him unconscious for three days) – and with high hopes that he could turn around a long slump that had left WEEI lagging far behind Beasley rival WBZ-FM (98.5 the Sports Hub) in ratings and revenues.

As it turned out, there were few major changes to WEEI during Rickard’s brief stay as brand manager. The last major personnel move, the addition of Courtney Cox to the Greg Hill morning show, came just before his arrival. WEEI’s biggest sports franchise, the Red Sox, made it to the postseason without inspiring much fan passion. And the last few ratings books only reinforced the Sports Hub’s growing lead, even in a season where the Beasley station’s teams were also lackluster.

With Rickard’s exit – a memo to staff from market manager Mike Thomas says he’s “returning to Indianapolis to be with his family and pursue other opportunities” – there’s a new round of personnel changes happening at WEEI. Ken Laird, who moved up to assistant brand manager when Rickard arrived, has been promoted to operations manager, a full-time gig that means he’s leaving his co-host slot on the Hill show. Laird says a search is already underway to fill his seat there, and Thomas says a search is on, once again, for a new brand manager who can find the right formula to make the station more competitive.