*There aren’t many markets these days where labor relations in media merits its own full-time beat, but the exception right now may well be in western PENNSYLVANIA.

Staffers at the Pittsburgh Post-Gazette have been on strike for over a month now, at an impasse with the newspaper’s owner over pay and benefits. While the paper continues to appear in print, it’s being produced at the non-union shop of the Butler Eagle to the north while production, distribution, advertising and editorial employees continue their walkout. 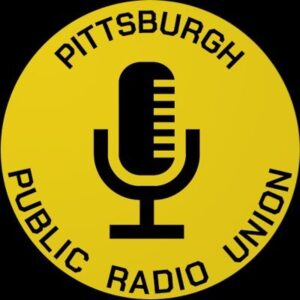 Now the unionization move that has been sweeping through public media has arrived at the city’s two big public radio outlets, Pittsburgh Community Broadcasting Corp.’s WESA (90.5) and WYEP (91.3). Back in August, the content producers at both stations and the Jazzworks network service had sought voluntary recognition of a union, but instead the matter went to a vote – and on Thursday, 96 percent of eligible staffers (26 for, 1 against) voted in favor of organizing as part of the national SAG-AFTRA union.

“Pittsburgh is a union town,” organizers of the new Pittsburgh Public Radio Union declared in their statement, “and we believe employees should have a say in our working conditions.”

PCBC management didn’t immediately comment on the vote; the company had been disputing the eligibility of several prospective union members and the NLRB has yet to rule on the dispute.

The Pittsburgh vote comes about a year after content producers across the state at Philadelphia’s WHYY ratified their first contract after forming a union; other union-represented public stations in the region include New York’s WNYC and Boston’s WGBH and WBUR. 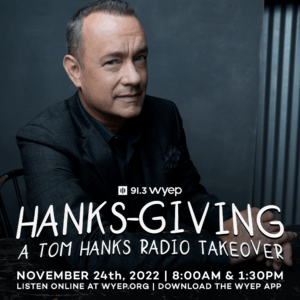 *So what’s the “Hanks” bit in all of this? That comes from the WYEP content producers, who’ve assembled a tasty treat for the holiday this Thursday, which they’re calling “Hanks Giving,” as in Tom Hanks. The actor played Pittsburgh’s beloved Fred Rogers and will be appearing in an upcoming Pittsburgh-filmed movie, “A Man Called Otto.” During production of that movie, Hanks was talking music with the Pittsburgh film crew, and that led to an invitation to curate a day of music for WYEP listeners.

Hanks will bring his diverse musical tastes to the WYEP airwaves with a 100-song playlist that will air from 8 AM until 1:30 PM Thursday, with a repeat broadcast from 1:30 to 7 PM, all bookended by music from Hanks’ movies. What should listeners expect? The station says the music goes from 1956 through the 1960s pop that he celebrated in “That Thing You Do!,” all the way to a new duet between Elvis Costello and Hanks’ wife, Rita Wilson.

(Disclaimer: Fybush Media has served as a technical consultant to PCBC management.)