*There’s only one way to end the phrase “iconic Philadelphia rock and roll DJ,” and that’s “Jerry Blavat.” 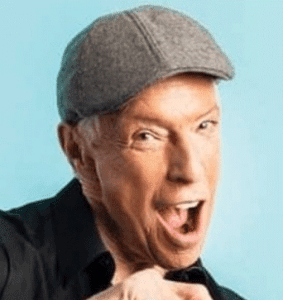 The “Geator with the Heater” was a fixture on the city’s music and radio scene for a remarkable seven decades, from his early years as a “Bandstand” dancer in the 1950s through many years of music promotion and management and into a ripe old age in which he somehow never really got old, playing his favorite early rock and R&B music for new generations of listeners who found him in various corners of the radio dial in PENNSYLVANIA and NEW JERSEY.

Blavat, who died Thursday at 82 in Philadelphia, was barely 13 when he made his broadcast debut on WFIL-TV (Channel 6) dancing on “Bandstand,” the first expression of his passionate love for the city’s music and its musicians, especially the Black artists whose music got covered more than it got actually played on radio. He was managing bands such as Danny and the Juniors before he was old enough to drink, and by 1960 he had his own radio show on Camden’s WCAM.

As legend has it, that talk show where he interviewed visiting performers turned into a rock and roll show during a snowstorm when Blavat brought out his record collection – and for decades, it never ended. His fast-paced patter and authentic Philadelphia music moved around the dial over the years, often at relatively obscure spots like WPGR (1540) in Philly, WVLT (92.1) in Vineland and WTKU (98.3) in Atlantic City. The “Boss with the Hot Sauce” was always more than just a radio jock, owning the Memories nightclub in Margate, south of Atlantic City, and promoting shows all over the area.

For the last 17 years, he also hosted a Saturday night version of his show on WXPN (88.5), where he reached new generations of listeners along with his longtime fans, who were always his “teenagers” no matter how gray.

In his 80s, Blavat didn’t slow down until just recently, when he had to cancel several shows because of shoulder pain.