*Jay Severin was a fixture on the talk radio dial in MASSACHUSETTS – and, for a time, in New York – from the 1990s well into the 2010s, garnering both ratings and controversy as he jumped among stations before settling into retirement in recent years. 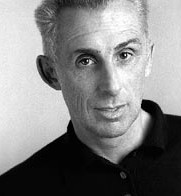 Severin, who died Tuesday at 69 after suffering a stroke, was apparently attempting a small comeback in the months before his death, even as he battled (and said he had defeated) cancer; while it had escaped our notice in this space, he’d been doing some Saturday shifts on WBOQ (North Shore 104.9) in Gloucester, near his home in Ipswich.

At the height of his career, of course, Severin soared much higher: after several decades as a Republican political operative, he started doing talk radio in the 1990s as a fill-in for Gene Burns on the WOR Radio Network, which led to his own afternoon shift on WOR in 1995-96.

Relocating to Boston, Severin worked the night shift at WRKO for a few months before becoming part of the inaugural airstaff at WTKK (96.9), Greater Media’s upstart FM talk challenger to the established WRKO.

Severin settled in to afternoon drive at WTKK, making appearances on MSNBC (in the days when Tucker Carlson had a show there) and surviving a suspension in 2009 after making racist remarks about Mexicans. Two years later, Severin was gone from WTKK for good, this time after defending a comment about how he’d slept with multiple interns at a company he owned. But he was back on the air again just a few weeks later, this time at iHeart’s WXKS (1200), his last local show in Boston before that struggling AM station’s flip to all-comedy in 2012.

Severin’s final full-time talk stop, from 2012 to 2016, was at Glenn Beck’s TheBlaze talk network; he’d been trying to find a new on-air home on and off since then, even as he battled health issues. Severin was 69.

(And he was, sadly, just one of several important obituaries this week; read on for more.)