*It used to be pretty easy to be an oldies station, didn’t it? If you were, say, WCBS-FM in the early 1970s, you had a very finite universe of music that started with the dawn of rock and roll in the mid-1950s and extended a decade and a half into the late 1960s, all perfectly targeted for an audience aged 35 and up. 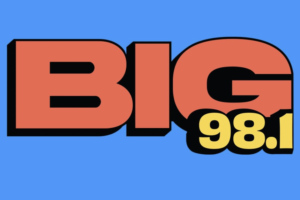 By the 1980s and early 1990s, much of the fifties music had been relegated to specialty shows, while the core oldies playlist settled in on 1960s music and a few excursions into the early 1970s. That’s what it sounded like on Philadelphia’s WOGL (98.1) when what was then CBS Radio relaunched the former top-40 WCAU-FM in 1987. For decades, “Oldies 98” was a success story, mixing local Philly soul and R&B with mainstream oldies and riding the format for as long as it could.

Times moved on, though, and while the WOGL calls remained, the format shifted in the 21st century. As “oldies” became “classic hits,” WOGL’s music moved from the 1970s into the 1980s and 1990s – and as of last Thursday morning at 9, there’s a new brand to go with a music mix that now extends forward into the 2000s and backward as far as the late 1970s.

The new “Big 98.1” follows the lead of sister station WBGB in Boston, which has found some success in the last few years with a wide-ranging jockless variety hits approach.

WOGL keeps just one of its jocks in its new “Big” incarnation: morning man Sean “Coop” Tabler is still on the air, while the rest of the day will be jockless for now. (Middays and afternoons had been tracked from outside the market.) Market manager David Yadagaroff says new midday and afternoon hosts will be announced later this spring.

Another link to WOGL’s past disappeared even before the flip: Bob Pantano’s Saturday night “Dance Party” show, a fixture on the station almost from day one, has been moved to the HD2 channel that Pantano was already programming 24/7.

The new “Big” remains a complement to an Audacy music lineup that includes AC stalwart WBEB (B101) and top-40 WTDY (96.5), and it now becomes a much more direct competitor to the established adult hits station in town, Beasley’s WBEN-FM (95.7), with a little overlap to Beasley’s classic rock WMGK (102.9).