*The new ATSC3 digital TV standard has been rolling out slowly in medium markets around the region, but until now, cutting-edge viewers in the biggest NERW-land markets haven’t been able to try out the promise of more robust signals, higher-definition pictures and more interactivity. 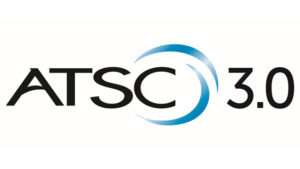 That will change in a few weeks in eastern MASSACHUSETTS, when most of Boston’s major stations join forces to put full-power ATSC3 on the air in the Boston market.

The arrangement will send WUNI’s ATSC 1.0 signals to be hosted by Univision’s partners across the market: the main WUNI 66.1 Univision signal will be hosted by NBC’s Telemundo outlet WNEU, Bounce (66.2) and Get TV (66.3) by WFXT, Court TV (66.4) by WBZ’s sister station WSBK, and Twist TV (66.5) by WGBH. And since WUNI itself is the host for a channel share with True Crime TV outlet WWJE (50.1), the WWJE programming will be hosted on WCVB.

The new WUNI ATSC 3.0 multiplex will actually the second 3.0 signal in town, following last summer’s launch of several diginets over WCRN-LD (Channel 30). Across the region, it joins Hartford, Albany, Syracuse and Buffalo in having most major networks available in 3.0; there are also smaller 3.0 launches from Nexstar in Springfield and Harrisburg and Sinclair in Pittsburgh.

What about other big markets? We’re expecting an announcement from one of them any day now… stay tuned.