*There weren’t a lot of fireworks in the skies over NERW-land (well, not legal ones, anyway) on this unusual Fourth of July weekend – but the airwaves over the Elmira, NEW YORK radio market were a different story, as Seven Mountains Media completed the consolidation of the two clusters it had purchased last year from Community Broadcasters and Equinox Broadcasting.

Now operating entirely out of the former Community Broadcasters studios, the group’s big shuffle on Friday afternoon left only one main signal unchanged: top-40 “Wink” WNKI (106.1 Corning) was still at its usual spot on the dial when the dust cleared (albeit with new translators added at 95.7 in Elmira and 107.9 in Wellsboro PA.) 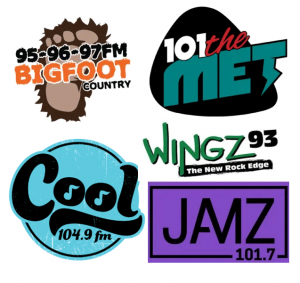 Country music? It had been on “Wolf” WPGI (100.9 Horseheads) but has now moved to a bigger combination of three signals with Seven Mountains’ signature “Bigfoot” branding: WCBF (96.1 Elmira), WQBF (94.7 Tioga PA) and WOBF (97.1 Canaseraga/Hornell), as well as a 95.1 translator in Corning.

The “Met” classic rock format that was on 94.7 as WMTT (plus a slew of translators) had already added a simulcast a few months ago on WWLZ (820 Horseheads, with a 101.3 Corning translator), and now WMTT is on the 100.9 Horseheads signal, with additional translators in Hornell, Bath and Mansfield PA, as “101 the Met.”

Hip-hop fans temporarily lost an outlet when “Hot 103.3” disappeared from 96.1’s HD2 and the 103.3 Elmira translator; the format will return (in throwback form) as “Jamz” on the HD2 and a 101.7 translator serving Horseheads and Corning.

Confusing? Judging from the stations’ social media pages, it sure was – especially because the flips all happened with no notice to listeners, and with some dead air and technical glitches as the formats moved around for several hours Friday afternoon. (Even on Monday morning, the streams aren’t all working right from the stations’ new websites, all reachable via 7MMElmira.com.)

Monday morning listeners had another surprise: the “Scott and Ally” morning show that had been exclusive to Wink 106 is now being heard across the cluster on Bigfoot, Cool, Met and Wingz, with the morning show’s bits being interspersed with the appropriate music on each station.

In an unrelated change, Sound Broadcasting’s WENY-FM/WENI-FM (Magic 92.7/97.7) now has a solo morning show, as Brian Stoll exits and Alisa Marie holds down the wakeup shift.

*In New York City, WABC (770) has added an FM simulcast for the first time – but it’s way out east in the Hamptons, where owner John Catsimatidis has taken over WLIR (107.1 Hampton Bays) and its 96.9 Manorville translator under an LMA from VMT Media, which had been running the station with classic hits as “Real FM.”

The new simulcast runs 22 hours a day, breaking away weekdays at 10 for two hours of Long Island-only talk with Frank Morano, formerly of WNYM (970), replacing the Brian Kilmeade show on 770 that’s already heard on the East End via WRCN (103.9). 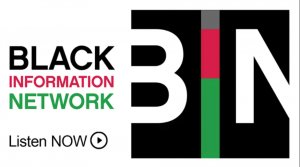 *When iHeart launched its new “Black Information Network” nationally last week, it included some decent over-the-air signals in several big markets – the former WGST (640 Atlanta, now with the old WBIN calls from New Hampshire), 1130 in Detroit, 910 in San Francisco, 105.3 in Norfolk. In NERW-land, however, the new network is a little harder to find: so far, it’s appeared only on HD Radio subchannels, in New York on WWPR (105.1-HD3) and in Boston on WJMN (94.5-HD2, formerly soft AC “Breeze.”)

*The final round of the digital TV repack in the US wrapped up Thursday, right on schedule despite all the added stresses the pandemic put on the already limited availability of tower crews and equipment.

The end of Phase 10 saw a big shuffle of high-band VHF allocations stretching from VERMONT down through Albany, Binghamton, Scranton, New York City and Philadelphia all the way to Baltimore.

Albany’s WXXA (Channel 23) moved from 7 to 8, while WNYA (Channel 51) migrated from 13 to 7. That linked set of channel 7 and 8 changes also found WWNY (Channel 7) in Watertown going from 7 to 8 and Binghamton’s WBNG (Channel 12) and WICZ (Channel 40) swapping RF channels, with WBNG going to 8 and WICZ to 7. (Why make a swap like that? Because of different power levels at each station that subtly affect the co-channel interference relationships with Albany, New York City and beyond.)

And one more change in Scranton: WNEP/WVIA (Channels 16 and 44), which share a transmitter, moved from RF 50 to RF 16, vacating the highest RF channel still in use in the region.

*Back upstate, Monday was the official launch date for the new WEBR (1440 Niagara Falls), as the former WJJL takes on an adult standards/nostalgia format under new owner Bill Yuhnke and veteran Buffalo radio manager Don Angelo.

The new identity actually showed up a little early: WJJL signed off at 4 on Friday afternoon, with WEBR bringing that venerable set of Buffalo calls back to the airwaves with a weekend of patriotic music ahead of this morning’s formal debut (though as we finish the column Monday morning, there’s no sign yet of the promised new morning show with Gail Ann Huber and Bob Stilson.)

*In Lockport, they’re mourning Ron Raetz, a longtime personality at WLVL (1340), where he hosted the “Ask the Pro” talk shows, did many remote broadcasts and newscasts and ran the board for sportscasts. Raetz died last Monday (June 29), on his 68th birthday.

*Here in Rochester, there’s a new operations manager inbound for Stephens Media Group’s three-station cluster, WFKL (Fickle 93.3), WZNE (94.1 the Zone) and WRMM (Warm 101.3). Mike McCoy has spent most of his career in Stephens’ hometown, Oklahoma City, including 28 years programming KJYO (KJ103) for Clear Channel and iHeart, but he’s also had an on-air career that included a stop at WBZZ in Pittsburgh. McCoy will take over as PD of WFKL and WRMM as well as operations manager of the cluster – and we’re not sure yet what happens to veteran Rochester programmer Stan Main, who’s been in those roles for years.

*In MAINE, Dick Gosselin was a staple of radio and TV for more than 50 years, starting as a teenager in his native New Hampshire, where he did weekend news for Dover’s WTSN (1270) at the age of 14.

Gosselin worked in radio around the region at stations in Fitchburg, Lowell, Portsmouth and Sanford before moving into TV, spending many years at WCSH-TV (Channel 6) as a reporter and videographer, then working at WMTW (Channel 8) for the last years of his career, from 1996 to 2013. Gosselin also filled in at Boston’s WCVB (Channel 5), hosted “So You Think You Know Maine” for Maine Public and ran his own videography firm.

Gosselin had been suffering from Parkinson’s disease and Lewy body dementia; he was 72 when he died July 1.

New calls for the new format (which launched, appropriately enough, with Barry Manilow’s “Weekend in New England”) are WWLK-FM.

*A veteran MASSACHUSETTS air talent is gone: Dave Macaulay was “Dave Mack” at many of his on-air stops over the years, most recently at Haverhill’s WHAV-LP (97.9), where he’d just returned to the air on his Saturday afternoon “Rock ‘n’ Roll Oldies Party” after recovering from heart surgery and COVID-19. 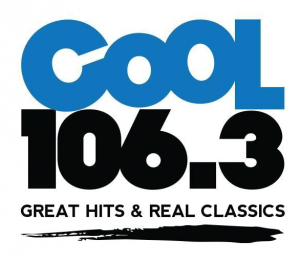 *A CANADA Day format flip in southwest Ontario: Blackburn Radio extended its “Cool” classic hits format up the 402 to Sarnia on Wednesday, replacing the “K106.3” hot AC format on CHKS (106.3) with “Cool” after an hourlong stunt (a few minutes longer, actually, so that the new format could launch at 1:06 PM) with the Tragically Hip’s “Firework.”